Writing for an Era 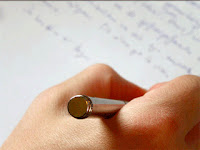 One lament often heard among writers is that, because the publishing industry has changed so much, such-and-such famous writer from the past could never get published in today’s marketplace. Sometimes the classic writer mentioned is C. S. Lewis, who might have chafed under today’s insistence that authors market themselves with a particular “brand” and genre. Since Lewis penned such diverse genres as theological apologetics, children’s fantasy, adult science fiction and contemporary spiritual warfare, if he had lived in our own time, would literary agents have rolled their eyes at his assorted proposals?
Several years ago, I attended a Write to Publish conference and returned to the dorm to find a young writer trying to interpret the critique note a faculty member had jotted onto his sample chapter. The cryptic comment said his writing reminded her of Charles Dickens’s style.
“What’s that supposed to mean?” my fellow conferee asked a circle of listeners.
“Dickens wrote for the 1800s,” someone noted. “He couldn’t get published today with his style.”
“Exactly!” said the man with the man who’d received the note. “So is this a compliment, or just the opposite? Is she saying I better change if I hope to get published nowadays?”
Because classic writers of the past, like cream in fresh milk, rose to the top of bestseller lists in their time, modern authors who love their works debate whether Don Quixote could last ten seconds with a modern editor without a car chase on the first page. Or, if Herman Melville lived now and refused to cut those chapters in Moby Dick that detail how to catch whales and extract blubber and oil from them, would any publishing pro work with him?
Such questions might be fun to pose, but the same truth holds in reverse. Pick a modern bestseller, for instance, The Bourne Identity. Send the manuscript back in time to 1750. Would writer/editor Benjamin Franklin ooh and ah over it? Not a chance. “Readers prefer things like Poor Richard’s Almanack,” he might respond. Probably the same could be argued for all or most novels on the current New York Times bestseller list, not to mention that story you’re working on right now.
So, is it helpful to argue whether proven authors of the past could survive in today’s literary environment? Not particularly. The challenge for every writer is to zero in on a subject or plot that will capture the interest of readers in his/her own era and to develop an engaging style that doesn’t mimic anyone else’s.
Question: Have any writers of the past provided you with inspiration to write for your own generation? What do you especially appreciate in their styles?
Rick Barry
Posted by Rick Barry at 12:01 AM