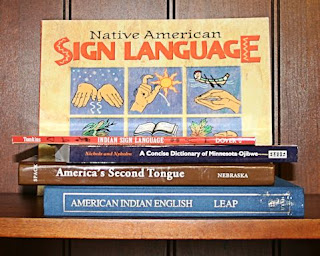 As with everything else, dealing with language usage in Creating Esther was much more challenging than it was in Desert Jewels. Except for an aunt and uncle who don’t appear very often, everyone in Desert Jewels is fluent in English, and it’s the only language my protagonist knows. In an attempt to get the aunt and uncle right, I based their customs and speech on real characters described in memoirs. Desert Jewels also used a few Japanese words, which I included in a glossary. Overall, however, language was a minor consideration.


Creating Esther is very different. At the beginning of the book, Ishkode understands some English but speaks and thinks in Ojibwe. Once she reaches the boarding school, she still thinks in Ojibwe but is forbidden to speak it. So how do I distinguish between the different languages without confusing my readers?


A second issue is how to write the dialogue and text when Ishkode and her friends speak or write English. At a conference I attended last year, a speaker said that broken English and grammar errors tell the reader that the character is unintelligent, even when that is neither the reality (to the extent fiction reflects reality) nor the message the author intended to convey. The speaker said the better option is to keep the character’s English sentence structure and vocabulary simple at first and to make them more complicated as the character learns the language. Good advice, and something I may not have thought of on my own.


I bought a number of books to help me bridge these language barriers, including two scholarly studies on how students acquired English language skills in the boarding schools, two basic books on Native American sign language (which I ended up not using), and two Ojibwe dictionaries. But although they gave me some help, I had to figure it out myself.


I made Ishkode a quick learner who had been attending the reservation day school for several years, which allowed me to start her with a decent command of English. But her vocabulary and word patterns would still be simpler than in her native language? Since I concluded that all of Ishkode’s narrative thoughts were in Ojibwe, they could be more complex than if they were in English. I didn’t have to simplify them at all.


I still needed to signal which language my characters were speaking when there was dialogue. I solved that problem by specifically stating when people are speaking English in Part I (on the reservation) and Part II (travelling to the boarding school), which tells the reader that the rest of the dialogue was spoken in Ojibwe. I reversed the process for Part III (at the boarding school), which mentions when people are speaking Ojibwe. And yes, Ishkode and her friends do defy the ban on speaking Ojibwe.


As far as I can tell, I have succeeded in distinguishing between the languages without confusing my readers. My beta readers all followed the story, and none of them mentioned any problems with how I handled the language issues.


But it wasn’t an easy puzzle to solve.


Kathryn Page Camp is a licensed attorney and full-time writer. Writers in Wonderland: Keeping Your Words Legal was a Kirkus’ Indie Books of the Month Selection for April 2014. The second edition of Kathryn’s first book, In God We Trust: How the Supreme Court’s First Amendment Decisions Affect Organized Religion, was released on September 30, 2015. Desert Jewels is searching for a home, and Creating Esther has just begun circulating to publishers. You can learn more about Kathryn at www.kathrynpagecamp.com.
Posted by Kathryn Page Camp at 12:00 AM 1 comment:

Mostly everyone has heard of Susan May Warren in the book industry. She writes great books. Is the sweetest person to meet in person. I was lucky enough to sit down to coffee at the 2014 ACFW conference. Warren is totally approachable and doesn’t allow her writing stardom to go to her head. People at the book sales at the library or my local Christian bookstore are surprised when I tell them I have met Susan May Warren after I recommend her books to them. I have a picture on my phone of us having coffee at Starbucks in the hotel in St. Louis. Big fan moment for me too.

I have had her two books From the Inside. . . Out and Deep and Wide for quite a while now. I can’t honestly say that I have finished them because I found a gem that I need to work on, so then I find another book that talks about the same topic and jump to that book to see what they have to say on the same topic.

Since Warren is a published author, and I love her writing, I take what advice she can give pretty seriously. I follow her blog, which used to be called My Book Therapy, but now it’s called Learn to Write a Novel. I have a three inch binder where I have printed off articles from her blog and look at in addition to these books. Warren’s success rate is off the charts, so I wanted to find out what all the fuss was. I need to learn more on how to make my writing jump off the charts, so I bought these two books. I need to purchase The Book Buddy, which I haven’t gotten yet.

Warren helps you with everything from writing the synopsis to defining the Dark Moment in your character’s past. She explains it in an easy to understand format so that I think she is sitting right next to me offering me advice to, hopefully, someday give me a complete book that is ready for publication.

Do you enjoy getting writing advice from some of your favorite writers? Does it make you pay more attention to the words they have to say? Why?
Posted by Kelly Bridgewater at 5:00 AM No comments:

Email ThisBlogThis!Share to TwitterShare to FacebookShare to Pinterest
Labels: From the Inside . . . Out, Kelly Bridgewater, Susan May Warren, Writing books 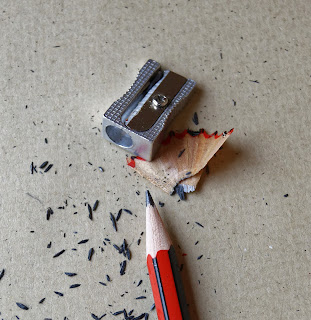 I’ve written about these five ideas to cheer on young writers on my personal blog, using one of my own granddaughters and a great-niece as examples. But this week I started thinking about how many young writers you might know, the ones who love to tell stories, the ones who one day might write novels like you do. And so I’m sharing them again here.

Here are some ways you might encourage the budding writers of the junior persuasion in your sphere of influence.

1.      Read, read, read. Reading makes writers better writers. Reading gives you ideas about what to write. Don’t you think so?


2.      Ask others to read to you. Grownups and older kids can be busy, but they might also remember how much they loved it when someone read to them when they were your age. Ask them what their favorite book was.


3.      Write, write, write. Maybe you could write a story and give it as a birthday present or Christmas gift. Or write something for someone who is sick or in the hospital to cheer them up. You can write stories, but you can also write poems or Get Well cards to help someone have a better day.


4.      Keep a list of what you would like to read about and ideas for stories to write. Then when you have a chance to get some books or write some stories, you’ll already know where to start!


5.      Tell whoever encourages you to write a big fat thank you. Maybe you could even write a thank-you note for them. Hmm. I love to get thank-you notes!

How else would you encourage a child who loves to create story?

Jean Kavich Bloom is a freelance editor and writer (Bloom in Words Editorial Services). Her personal blog is Bloom in Words too, where she sometimes posts articles about the writing life. She is also a contributor to The Glorious Table, a blog for women of all ages. Her published books are Bible Promises for God's Precious Princess and Bible Promises for God's Treasured Boy. She and her husband, Cal, have three children and five grandchildren.


photo credit: http://www.publicdomainpictures.net/view-image.php?image=136134&picture=pencil-and-sharpener
Posted by Jean Kavich Bloom at 6:00 AM No comments: