The More We Get Together

I was supposed to be leading last Saturday's meeting.

The weather was atrocious, I had over an hour's drive and was responsible to bring one of the panelists with me. Through a series of unfortunate delays, we pulled into the parking lot little later than I'd wanted but just in time for the next downpour. Several members and other panelists had already arrived. This "fearless" leader was totally discombobulated!

But my wonderful vice-president had everything in hand. Thank you, Jenny! Members and guests comfortably chatted away while I rushed to organize for the business part of our meeting. By the time the meeting ended, I was as relaxed and cheerful as all of our gracious members! My stress was for nothing because I had forgotten what was most important--GETTING TOGETHER.

We ate lunch in this sweet little Italian place in Kokomo. We enjoyed getting acquainted with new members and reacquainted with people we hadn't seen for a while. We got to know the fearsome panelists who would soon be critiquing the first page of our work. And we found out they don't bite. In fact, they're delightful.

After lunch, the three panelists took their places at a separate table, each with a stack of submissions. I called it THE SLUSH PILE. Each page was read aloud (author anonymous), and then the panelists discussed the pros and cons using the manuscripts as teaching tools. Armed with a wonderful sense of humor, Tish Martin and Rose Tussing often went at it from opposite viewpoints.  Joan Shoup took on the role of referee. Their audience laughed and learned.

Once all submissions had been read, we had enough time left for questions. Of course, we preferred to have an opportunity for one-on-one with the panelists to discuss improvements. So that's what we did. Joan, Tish, and Rose stayed at their table while the rest of us continued to enjoy each other's company, and individuals took turns speaking with the editors.

Tish and Rose also do freelance editing. See tishamartin.com or rebekahrblomenberg.com if you're interested in their services.

In August, we'll meet again on the north side of Indianapolis. See the upcoming event page. At that time, we'll have a panel of traditionally-published authors who will share on the topic of Proposals and Queries.

I hope we see the entire membership there because you know...the more we get together, the happier we'll be! 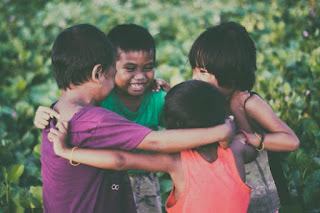 Linda Sammaritan writes realistic fiction, mostly for kids ages ten to fourteen. She is currently working on a middle grade trilogy, World Without Sound, based on her own experiences growing up with a deaf sister.
Linda had always figured she’d teach middle-graders until school authorities presented her with a retirement wheelchair at the overripe age of eighty-five. However, God changed those plans when He gave her a growing passion for writing fiction. In May of 2016, she blew goodbye kisses to her students and dedicated her work hours to learning the craft.
A wife, mother of three, grandmother to seven, Linda regales the youngest grandchildren with “Nona Stories,” tales of her childhood. Maybe one day those stories will be in picture books! 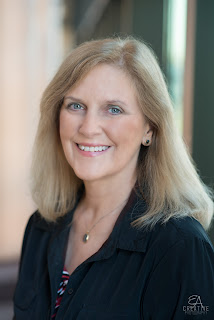 
Posted by Linda Sammaritan at 6:00 AM No comments:

Since the advent of its Nook e-book reader, Barnes & Noble has allowed visitors to read any e-book in its inventory for an hour at no charge while they’re in the store. In fact, one can come back every day to read the book in hour-long installments.

On my most recent visits to B&N, I paid careful attention to people in the coffee shop to see how they sampled new books on their e-readers. None of them spent a whole hour that way. In fact, most came with 3 or 4 print books under arm as well as their Nooks, then sampled all of them as they sipped a cup of Starbucks and munched their Danish. Cups emptied, they bought 1 or 2 books and left the store.

First impressions are quickly made.
When I served as a book-contest judge several years ago, I promised myself to read the first 50 pages as a courtesy, no matter how I felt about an entry. Even that small amount of reading seemed burdensome with certain books. With others, the self-imposed 50-page quota flew past in no time and I was eager to read more. You can guess which books got my vote!
Typical book browsers spend little time sampling a new novel, so the opening pages are critical. If you want to invest extra time polishing a manuscript for submission, your time will be well spent at the beginning.

Joe Allison writes both fiction and nonfiction, and has been a member of the Indiana chapter of American Christian Fiction Writers since 2010. He lives in Anderson, IN, with his wife Maribeth and daughter Heather.
Posted by Joe Allison at 12:00 AM