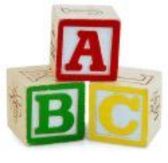 Writing takes a lot of building blocks. You start with one, and build on it. Last night I tried to place another block in the building, and realized that I've been building on a solid foundation of reading good writing from the early days in school.  I've been thinking about what books I've read that have influenced my writing.  What was I reading to build up my own writing?You need to be a reader to write. Stephen King says in his book, On Writing: "If you want to be a writer, you must do two things above all others: read a lot and write a lot." Then he goes on to say that he's a slow reader, but still manages to read 70-80 books a year.I spent my first five years of school in a Christian school with very strict rules about what I was allowed to read. It was pretty tough on me because if I could've, I would read everything I could get my hands on--and did--when I could. But in sixth grade I went to a public school and had a Jewish man as my teacher. He loved books and read to us everyday after lunch. But what really opened my world of reading was when he read to us the stories of Edgar Allan Poe. I never got over that. My heart pounded and I had to have more. His voice was rich and the words pulled me into the story. I couldn't stop thinking about it. It was something I had never experienced before. We were able to buy books through Scholastic Reading Club, and my mom and I would scan the papers and she'd buy me a couple books each time. I remember it was in sixth grade that I bought a paperback version of one of my all-time favorite books--My Life and Hard Times by James Thurber. I read that book over and over. It still makes me laugh.Then, the summer of magic happened. The summer before I entered 7th grade, my mom decided I could finally read Gone With the Wind by Margaret Mitchell. She actually owned this book, and I still have this book. I read it nearly around the clock for almost four days. I barely ate, and only stopped for necessary breaks (oh, I probably took it with me...) I was so fearful that she would change her mind and take it back, so I read it as fast as I could. It was so good, I read it again, this time savoring the scenes and characters. You can be that passionate when you're 13.Then, that same summer, mom gave to me To Kill a Mockingbird by Harper Lee. They say there are books that change your life. That change you for having read them. Now, I can list many books since then that affected the way I thought, but that book startled me. I ended up reading that book over and over. I read it just to read certain parts. I read it through completely 21 times. I still pull it out to read sections. I wrote my own stories and they sounded like To Kill a Mockingbird. Because I had been so protected as a child in reading books, it wasn't until I was in seventh grade that I read all of the Nancy Drew books. I could read one a day. I had never heard of Nancy Drew. Then, I read Mark Twain. I fell totally and completely in love with Mark Twain. I did reports on him, thought about wearing white suits and longed to see the Mississippi River. In high school I had the best English teachers and I took every single English course my high school offered. I won the English department award and was even an assistant to one of the English teachers who had me teaching reading to students (mostly boys) who had trouble with reading. One time we read aloud, One Flew Over the Cuckoo's Nest. For my own enjoyment, since I worked in the high school library, I read almost every book we had. I found the likes of Faulkner, Hemingway, Steinbeck--but I also went back to pick up all the childhood books I should've already read.It wasn't until I was studying to be an elementary teacher that I discovered Roald Dahl. One of my all time favorites that he wrote was Matilda. I felt like Matilda. The very first chapter is titled, "The Reader of Books." I understood Matilda. Roald Dahl was a genius in my book.

When I became a sixth grade teacher, I read to my students The Outsiders by S.E. Hinton. Since my students could barely read themselves, were kids who were kicked around and "outsiders," they related to that book above all of the books I read to them that year. It changed them. They became readers that year.So, recently I was told to make a list of books I loved and felt passionate about to help me focus my own writing. I had to give up in frustration. Reading books is a joy, and I love to discover a new book. I love books. I have published around 1000 book reviews and have books stacked to the ceiling. But of all the current books I've read, A Girl Called Zippy by Haven Kimmel is my favorite in modern times. I finally realized that this book is at the top of my list. Something Is Drooling Under the Bed by Bill Watterson is probably up there close to the top, too. (In case you don't know, this is a Calvin and Hobbes book.)Anyway, here are a few books. I'm sure it will change soon. It's not necessarily in order, either!1. A Girl Called Zippy by Haven Kimmel 2. Bird by Bird by Anne Lamott3. On Writing by Stephen King4. The Best Christmas Pageant Ever by Barbara Robinson5. To Kill a Mockingbird by Harper Lee6. My Life and Hard Times by James Thurber7. A Heart for God by Sinclair Ferguson8. On the Anvil by Max Lucado9. Cold Sassy Tree by Olive Burns10. Jan Karon’s Mitford Series11. Huckleberry Finn by Mark Twain12. Where the Sidewalk Ends by Shel Silverstein13. Centennial by James Michener14. Matilda by Roald Dahl15. Gone With the Wind by Margaret Mitchell16. Columns written by Will Rogers 17. The Old Man and the Sea by Ernest Hemingway18. Little House on the Prairie by Laura Ingalls Wilder19. Lighthouse series (3) by Eugenia Price20. The Ragamuffin Gospel by Brennan Manning


Ok, I have to stop there for now and I haven't even listed a single Hoosier ACFW book--and I've read a lot of them and love them all.

What are a couple of your favorite books?Any in particular that stand out from your childhood? Any that have changed you or influenced your writing?