The high school student positioned his fingers above the laptop keyboard, to type the less-than-one-page English assignment. Despite the simple nature of the topic and the fact that he possessed a more-than-vague idea as to what he wanted to include in the brief essay, the words refused to make an appearance.

I suggested he begin with a specific thought he wanted to include. “Start typing with that,” I urged.

He was no-less-than horrified. “But that’s not the beginning.

“Oh, that’s okay. You don’t have to start with the first line.”

“My teacher said we have to start at the beginning.” The firm set to his jaw cast doubt on my ability to convince him otherwise.

What did I know? I was just the substitute teacher. Still, I lauded the features of composing prose on a computer, noting the ease of rearranging paragraphs, of cutting/copying/pasting. I reminisced about the “old days” when typing on a plain ol’ typewriter didn’t allow for such luxuries. But no amount of suggesting, cajoling, or urging could convince him to simply begin typing. Because the opening line remained just beyond his grasp, the fifty-minute period ended without a single keystroke.

Unbeknownst to him, I had written an 85,000-word novel in scenes that I later “stitched” almost seamlessly (pun intended!) into a very coherent, well-flowing story. I’ll admit I worried how, and if, the pieces would come together to form a complete picture. But they did. And with just one “piece” leftover for use in the continuing saga. Honestly, I don’t think I could have written the story any other way.

Somehow, I wrote the second book in this YA series in chronological order. Yeah, surprised me too! That’s simply how the story came to life in my brain. Now, the third and final book is promising to be a mix of the scenes vs. chronological process. And I’m totally fine with that.

I learned long ago that demanding the all-important opening line be the first words written can stifle all creative juices. Even to the point of abandoning the work all together. My suggestion? Begin with the part that has taken over your brain, that refuses to be silenced. Get that part down first.

Whether it’s fiction or non-fiction, a blog post or a full-length novel, I advise the same strategy. For short non-fiction pieces, I do attempt to get the opening thought in place as soon as I can, so to keep the focus and tone in line. But the final tweaking of even that first sentence often takes place in the last moments of composing. I lost count of how many times I either tweaked or completely rewrote the opening scene for books one and two. I anticipate the same scenario as I tie up the series in book three.

Now, it’s time to capture the thoughts filling up my brain today . . . in the continuing YA saga and the next big project to follow—the one that doesn’t understand it’s not her turn for center stage yet. 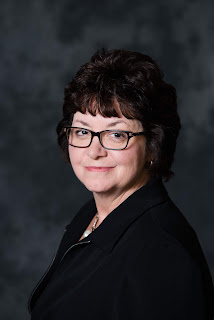 Beth immerses herself in the world of YA via substitute teaching, by connecting with the teenage staff and patrons at the fast food joint where she claims the back booth as her office, and by reading YA fiction.

She's a "cheerleader" for saving sex for marriage and an even bigger supporter of "renewed waiting" because it's never too late to make wiser, healthier choices. She welcomes questions and topic suggestions for the “Waiting Matters … Because YOU Matter” blog that inspired the Waiting Matters series.

Check out her Choices Matter series that follows Preston and Maggie as they navigate the choppy waters of high school, guy/girl relationships, and sex.

Beth is also active in the adoption community where she writes and speaks about her experiences as a "foundling" who located her birth parents and is enjoying making up for lost time with her biological family.

Connect with her at BethSteury.com for all the news on upcoming releases. Find her on Facebook at BethSteury, Author; on Twitter @Beth_Steury; and on Instagram and Goodreads. She loves to hear from readers! Write to her at waitingmatters@gmail.com.