As pandemic travel limitations are relaxed, many of us want to visit destinations that are close to home yet rich with opportunities to learn. We Hoosiers can see the homes and other historical sites of several Indiana authors who wrote Christian novels and “clean reads” that epitomize Christian ethical values. Here are three examples: 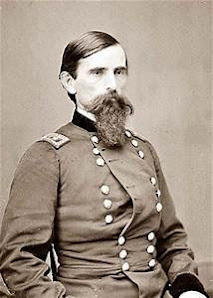 General Lew Wallace (1827-1905) was a son of David Wallace, the sixth governor of Indiana, and later served as a senator in the state legislature. Wallace distinguished himself as a Union officer in the Civil War, eventually rising to the rank of Adjutant General.

President Rutherford B. Hayes appointed him Governor of the New Mexico Territory in 1878 and President James Garfield appointed him ambassador to Turkey in 1881. He began writing as a diversion from his legal studies, and his best-known titles included Ben-Hur (1880) and The Prince of India (1893).

The Lew Wallace Study and Museum is located at 200 Wallace Avenue in Crawfordsville and is open Tuesday through Saturday throughout the summer. 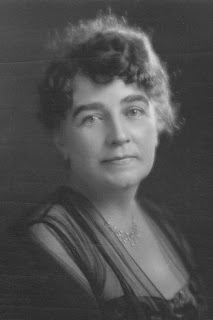 Gene Stratton Porter (1863-1924) was an early environmental activist whose books made people aware of the disappearing tracts of undeveloped land that were essentially the same as when Native Americans settled here two thousand years ago. Her best-selling title was A Girl of the Limberlost, set in the wetlands of north central Indiana. Eight of her books were made into motion pictures, so Porter began her own movie production company in Los Angeles.

She used her royalties to purchase undeveloped tracts of land in Indiana, and she bequeathed two estates to the State of Indiana: A two-story, fourteen-room log home known as the Limberlost State Historical Site near Geneva and another large log home known as the Gene Stratton Porter State Historical Site on Sylvan Lake near Rome City. Both are open for public tours throughout the summer. Click on the links here for further information. 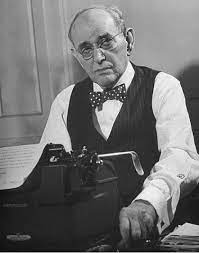 Lloyd C. Douglas (1877-1951) was a Lutheran minister born in Columbia City who wrote his first novel, Magnificent Obsession, at the age of fifty. His subsequent novels included The Robe (1942) and The Big Fisherman (1948), both of which became major motion pictures.

As far as I can tell, none of his Indiana homes remain standing, but you will find a historical marker for Douglas’s birth at the corner of Main Street and North Street in Columbia City. His first pastorate (1903-1905) was at Zion Lutheran Church, 113 W. Main Street, North Manchester. Visit his online archive for samples of the articles he wrote while a pastor. Douglas began his fiction writing career two decades later.