In a Word, Anachronistic

Readers who enjoy historical novels also love learning about actual events or past eras right along with their favorite fictional romance, mystery, and adventure. So they expect authors to have done their homework, ensuring historical details are accurate. But then there is the pesky problem of potential anachronisms. 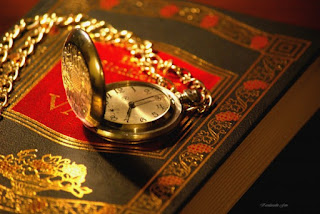 As noted on literarydevices.net, “anachronism is derived from a Greek word anachronous, which means ‘against time.’ Therefore, an anachronism is an error of chronology or timeline in a literary piece. In other words, anything that is out of time and out of place is an anachronism.” For instance, an author should not have a character driving a make of car that was not manufactured until the following decade. Furthermore, contemporary novels are in danger of anachronistic missteps because of the rapid development of communication technology. It would be easy to have a character texting in a time before texting became common practice.

Even Shakespeare failed to make all his works anachronism-free! But though authors and their editors make every effort not to follow his lead, what might still slip through several rounds of edits are words (or phrases and sayings) that were not yet in common use during a novel’s time setting. I recently spotted a few in a novel set in the late 1860s.


1.       Make it a point during one of your editing rounds to watch for words that could be anachronistic. Or ask a beta reader if they will specifically do that for you.


2.       Use a dictionary for information about the earliest date a word is known to have been used. I found the "first known use" dates above by consulting Merriam-Webster’s Collegiate Dictionary. Note: Sometimes I am surprised to learn how early some modern-sounding words were put into common use!


3.       Google what would have been developed or invented to learn when it was commonly available or known. I deduced that no such compound as truth serum would have been known in the 1860s from the Wikipedia entry that came up. No further research was required, I decided, to let the author know the mention of truth serum was probably suspect for an 1868 character.

Do you have any anachronistic words that either slipped into your first drafts or that you have spotted in a book you read?

After twenty-four years with publishing house Zondervan in Grand Rapids, Michigan, most recently as an executive managing editor, Jean Bloom returned to Central Indiana to be near family and take her freelance editorial business full-time (Bloom in Words Editorial Services). Her personal blog is Bloom in Words too, where she often posts articles about the writing life. She and her husband, Cal, have three children and five grandchildren.


Photo credit:  http://www.publicdomainpictures.net/view-image.php?image=46634&picture=time-on-book
Posted by Jean Kavich Bloom at 6:00 AM