If you are a member of the ACFW-Indiana Chapter, and would like your info listed, you can email your bio and photo to Linda at acfwindianachapter@gmail.com .

Linda Samaritoni recently retired from a career in education to pursue her growing passion for writing fiction. Four of her short stories have been published. She has won an elevator fiction contest, was a First Impressions finalist and a Genesis semi-finalist.


Married for over forty years and the mother of three sons, Linda enjoys her seven grandchildren and allows them to be the first to hear tales from her childhood—stories that often end up in her books. Check out her website at Linda Sammaritan. 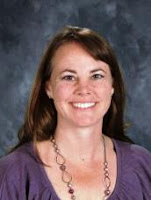 Jennifer Filka has a passion for helping people discover God’s principles through the stories of contemporary fiction.  Jennifer lives in Indiana with her husband.  Jennifer and her husband love to walk in God’s creation and bike around their town.  She loves to read fiction that inspires her to love God and love people. 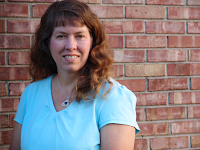 
Rebecca Reed is a lover of Jesus, wife, mother, teacher, and track coach. She is an active member of ACFW and Novel.Academy. She lives in rural Indiana and writes Chain Breaking Fiction: fantasy stories with characters who journey to find themselves and where they fit. She enjoys traveling, listening to audiobooks, and sampling the world’s varieties of ice cream. 2020 ACFW First Impressions Winner.

Beth Steury connects with the YA crowd via substitute teaching and through her “back booth” office at the local fast food joint, and by reading YA fiction.


She's a "cheerleader" for saving sex for marriage and for "renewed waiting" because it's never too late to make wiser choices. She writes and speaks about her experiences as a "foundling" who located her birth parents and is making up for lost time with her biological family. Connect with her on her website and on Facebook.

Karla Akins’ first novel, The Pastor’s Wife Wears Biker Boots was published in August, 2013.  A Pair of Miracles: A Story of Autism, Faith and Determined Parenting is due out in summer/fall of 2017 from Kregel.  She writes interactive, biographical narratives and content for iPad applications and has an on-going contract for her World Explorers Every Child Should Know series. Jacques Cartier hit #1 on Amazon in its category. Her hobbies are book-hoarding, swimming, and riding her motorcycle. She is represented by Linda Glaz of Hartline Literary Agency. She has a BA in Special Education and a Doctorate in Christian Education. 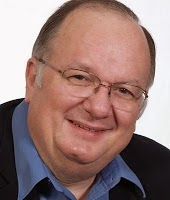 Joe Allison served as a writer and editor for various Christian publishers for nearly five decades. The author of eight nonfiction books, Joe became a member of ACFW in 2010 to develop his fiction writing skills. He and his wife, Maribeth, live in Anderson, IN.

Joe’s first nonfiction book, The Bible Study Resource Guide, was published by Thomas Nelson in 1982. His other books include the Devotional Resource Guide (Nelson: 1984), Setting Goals that Count (Chosen: 1986), and Concerned Parents, co-authored with Linden Boggs (Standard: 1986). He is also the ghostwriter for six nonfiction books, some of which have remained in print for more than twenty years. The Wrong Side of the Mountain is Joe’s first historical novel, set in Depression-Era Appalachia, and the first in a trilogy tentatively called “Stories of the Highlands.”
Kim Autrey
Richard Blakeley
Jean Kavich Bloom 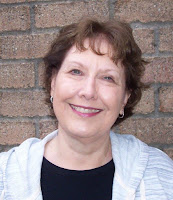 Formerly an executive managing editor with Zondervan, Jean Kavich Bloom is a freelance writer and editor living once again in Anderson, Indiana. Her favorite editing assignments are novels, and she enjoys helping authors make their books the best they can be for their readers. Jean is the author of two published devotional books for children and is working on finding her own voice in writing fiction. She also writes about writing on her blog. 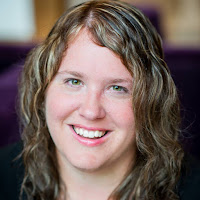 Kelly Bridgewater holds a B.S. in English and a M.A. in Writing from Indiana State University on the completion of a creative thesis titled Fleeting Impressions, which consisted of six original short stories. She has been published in the Indiana State University Literary Journal, Allusions, with her stories titled Moving On and Life Changing Second.

In 2011, she presented her essay, Northanger Abbey: Structurally a Gothic Novel, at the Midwestern American Society of 18th Century Studies Conference. Kelly’s writing explores the ideas of good prevailing over evil in suspense. Kelly and her husband reside with their three boys and two dogs.

Ramona K. Cecil's creative writing credits began first, with the publication of her poetry. Between the mid 1980s and 1990s over eighty of her inspirational verses were published by Dickson, Inc., a leading publisher of inspirational and Christian gift items.

Larkspur, her debut novel, was the 2005 winner of Vintage Romance Publishing’s Vintage Inspirations Contest. Part of first-place prize was a publishing contract with Vintage Romance Publishers, and the book was released November 2006. Since then, Cecil has had many more novels published by Heartsong Presents and Barbour Publishing. Her work has won first place in three writing contests and placed highly in two others. 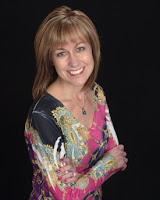 Julie Costakis writes historical romance fiction, having earned a B.A. in Public Relations and Communication from Purdue University. A career in marketing transitioned into launching a home business, allowing more time to raise her three sons, care for her mother, and volunteer. In addition to serving small businesses and not-for-profit organizations, her work has been published by Midwest Parenting Publications for whom she was an award-winning blogger.

Michele Israel Harper is a wife and mother by day and an author, editor, and publisher by night. Sleep? Sometimes... She adores leading the Heartland Christian Writers' group and being the treasurer for the Indiana chapter of ACFW. Author of Wisdom & Folly: Sisters, Zombie Takeover, and the soon-to-be-released Kill the Beast, Michele prays her involvement with writing, editing, and publishing will touch many lives in the years to come. Visit www.MicheleIsraelHarper.com or www.L2L2Publishing.com to learn more about her!

Denise Hunter is the best-selling author of The Convenient Groom and Surrender Bay and has written 14+ novels. Her books have earned awards such as the Holt Medallion and the Reader's Choice Award.

Denise lives with her husband and three sons in Northern Indiana. When she's not writing or reading, Denise enjoys playing drums, eating dark chocolate, and traveling.

Candice studied at the Institute of Children's Literature and is an active member of American Christian Fiction Writers. She lives in southern Indiana with her husband and three sons in a restored farmhouse overtaken by books. When she's not tending to her chickens, splitting wood, or decorating cakes, she's writing. Candice is a Sunday school teacher who's addicted to coffee and loves to travel.

Cara Putman is an author living a dream. Between October 2007 and September 2008, her first four books will release. Three are a historical romance series set in Nebraska during World War II, which Heartsong Presents will release. One is a suspense, also set in Nebraska, that will release from Love Inspired Suspense. She's working on a proposal for a legal thriller as she writes like a woman under deadline.

Cara is also an attorney, wife, mom, women's ministry leader, ACFW national board member, and going slightly crazy. But even in the craziness, she strives to stay right in the middle of God's will for her life. And she can't wait to see what He has next.

Marissa Shrock is language arts teacher who enjoys working with her seventh grade students. She graduated from Taylor University in Upland, Indiana, with a degree in elementary education and a middle school endorsement in English. She has completed the Jerry B. Jenkins Christian Writers Guild Apprentice, Journeyman, and Craftsman courses and is a member of ACFW.

Marissa’s debut young adult novel The First Principle was released in January 2015 from Kregel Publications. She loves shopping for cute clothes, baking for family and friends, traveling to new places, and playing golf.

Ronda Wells has volunteered as a hostess for workshops and late night chats at the ACFW national conference, and thinks that joining ACFW in 2003 was one of the best things she ever did. She writes medical suspense--and by day, is a physician, by night, a daring doctor saving the world from the newest medical threat. She is married, with two children and a brand-new daughter-in-law, and enjoyed the opportunity to serve Indiana ACFW as treasurer. She served as Treasurer in 2010, 2011, and 2012.