Don't be a Turkey 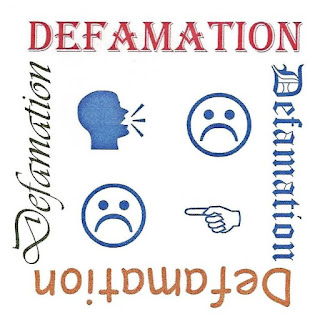 Today is Thanksgiving, and most of us will sit around a table with family and friends eating turkey. These dinner companions are the people we know best, and some of them may have led fascinating lives. So it’s only natural to want to write about them.


But that could make you the turkey at the feast. So how do you get away with it without wrecking your relationships or getting sued for defamation?


As mentioned last month, nothing you do will guarantee that you don’t get sued. Still, there are actions you can take to make a lawsuit less likely or to make winning the probable outcome if you do get sued. They also may save your relationships with family and friends.


This month’s post gives suggestions specifically related to fiction. Don’t assume that you are safe just because of the label. While fiction gives you a little extra leeway, “little” is the operative word. And the main function of a disclaimer is to give you a false sense of security. Disclaimers may discourage some lawsuits, but they don’t usually work as a defense.


The basic test is whether people who know the person claiming to be defamed could reasonably believe that the fictional character portrays the real person. If they could believe it, the jury gets to decide whether they would believe it. So what can you do to keep people from believing it?


The best approach is to disguise, disguise, disguise. Change as many facts about the person as you can. Does it really matter that the character is tall and blond like your friend, or could she be short and dark? What about changing his age and profession? Depending on the story, maybe you can even change the character’s gender.


I call this the amalgam approach to creating characters. Let’s say you are fascinated by Aunt Becky’s profession as a stunt double and you want to turn her into a fictional thief who uses her skills to get into places most burglars can’t go. Give her a different name and physical description and mix in several noticeable characteristics she doesn’t have, such as your friend Mary’s shrill laugh and your boss David’s habit of rubbing his left leg when he’s nervous. Now Aunt Becky is no longer recognizable. Or at least you have changed her enough so that the reader who knows her will realize the character is mostly fictional.


For some types of fiction, you can also make the character or the character’s behavior so outlandish that nobody in their right minds will believe it. This isn’t a “nobody who knows her would believe she would do something like that” defense. It’s closer to “even if they don’t know her they’d be fools to believe it.” That’s how most people get away with parodies about famous people.


If you want to write about real people and situations in your fiction, change enough facts to disguise the characters. That takes more work, but it is also more creative. And isn’t that the goal?


Next month I’ll turn to non-fiction.


Kathryn Page Camp is a licensed attorney and full-time writer. Writers in Wonderland: Keeping Your Words Legal was a Kirkus’ Indie Books of the Month Selection for April 2014. The second edition of Kathryn’s first book, In God We Trust: How the Supreme Court’s First Amendment Decisions Affect Organized Religion, was released on September 30, 2015. You can learn more about Kathryn at www.kathrynpagecamp.com.
Posted by Kathryn Page Camp at 12:00 AM